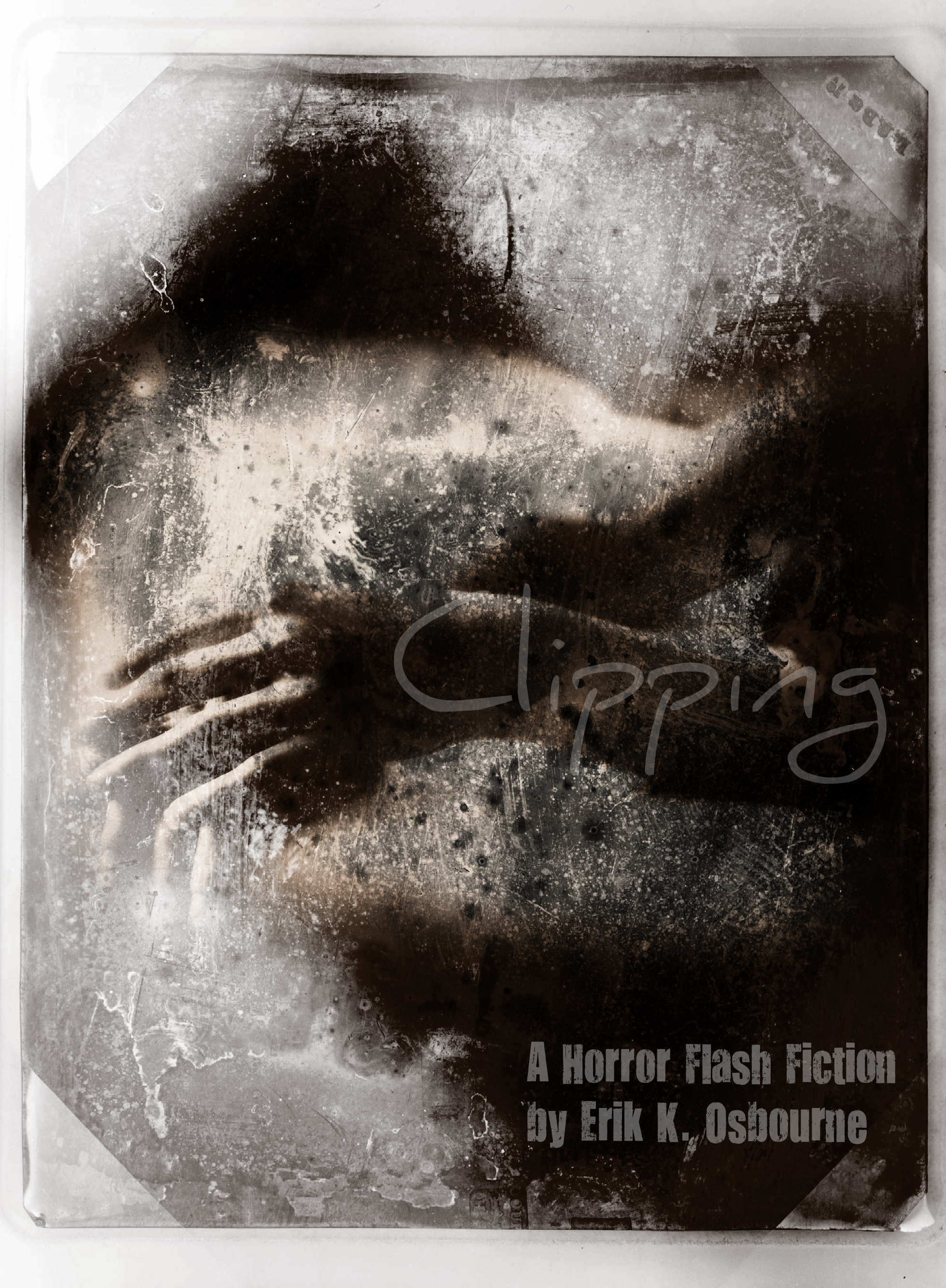 She was clipping her nails when she noticed it.

At first she wasn’t sure what she was seeing. She blinked to banish what surely must be a trick of tired eyes, but it remained: a hard strip on the back of her wrist, like a fingernail of strange proportions growing through her skin.

Her lips parted in shock. The clippers slipped from her suddenly slack grasp, landing with a bounce on the mattress.

She walked over to the light to get a better look and found that the same strip of thick keratin circled around to the inside of her wrist as well.

Her face contorted into a grimace. She prodded the strange growth to no end. The surface was smooth—almost plastic, just like the back of one of her fingernails. She could see now that it was poking up from her skin, too, like the very tip of a nail protruding over the pad of a finger; there was a gap where it wasn’t attached.

Curiously, she picked at the underside of the growth with her thumb.

Not only did the part of the strip at which she pried tear free from her skin entirely—like pulling a toothpick out of a soft cheese—but she could feel the rest of the strip slide inside of her wrist. Whatever it was, it wasn’t held in place anymore. Heart leaping into her throat, she hastened to just pull the rest of it free, threading it through the hole she’d already made in much the same manner as easing the drawstring out of a hoodie or pair of pajama pants. The oddest thing… and the thing she didn’t want to contemplate… was that there was no pain.

And when she finally held the entire strip of keratin in her shaking fingers, struggling to suck in a steadying gulp of air and staring down at her wrist… it happened.

The seams where whatever it was had been poking through (the cuticle, she supposed) were seeping with blood. The skin felt loose. And it must have been, because it began to slide down her arm like a rubbery sleeve. Gasping, she dropped the thing in her hand, letting it fall free as she made a mad grab for her wrist. It was to no avail—and in fact, it only made matters worse. A large, thick slab of flesh peeled away, spanning from the heel of her palm and halfway to her elbow. It was slack, half-liquefied, and stank like day-old meat. Even the muscle had pulled free.

The remainder of skin on her arm, meanwhile, was still sliding down. Blood was weeping from the wound and splattering on the floor, drop after sickening drop. Raising her ruined limb as best as she could to stymie the slow spilling of her life force, she slumped against the doorway.

One last spark of hope burned inside of her. If someone only found her in time…

She shut her eyes fast and opened her mouth in one final, desperate scream.