Hi there! I’m Oz. If you’ve come to this site, you may know me from one of my web communities or you may be a fan of Silent Pines, the self-published web serial that I write with Diana Calloway.

I’ve been writing original fiction for as long as I can remember. Sometime c. 1999-2000, I got involved in writing fanfiction and play-by-post roleplaying. In 2013 I began collaborating with some of the stellar writers I’ve met over the years, as well as publishing some of my flash fiction online.

Primarily, I write horror and romance. My biggest influences include Neil Gaiman, Piers Anthony, the Silent Hill video game series, and folklore from every culture. I have always been fascinated by death, the afterlife, and the ideas people have regarding mortality and what comes after. As such, many of my works involve facing death in a literal, metaphorical, or fantastic sense.

I live in Richmond, VA with my husband and our cats. I was recently diagnosed with MS (multiple sclerosis), which has thrown a wrench into a lot of our plans. Fortunately, one thing I can still do is write! It’s my dream to one day be able to support myself and my husband through my writing. If you like what you see on this website, please consider subscribing to Silent Pines or hiring me for freelance writing and editing. 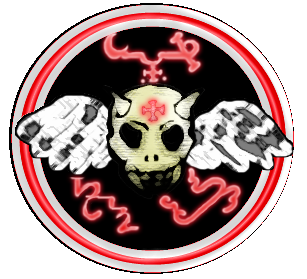 The Heart of Edaymar: Prologue Part One

"Don't let it get away!" a lad cried in a voice still pitched high with the trappings of youth. Ilarion turned in time to see the boy round a corner, his hands stretched out in front of him as he ducked low to the ground, his fingers grasping for the scaly tail of a...
Learn More

“Do you know why we howl at the Moon, pup? We howl to mourn the pack She took from us…” MOON, CROW, and WOLFSBANE A story from Erik K. Osbourne & Diana Calloway "Daddy, will I be like you and mommy when I'm grown up?" His fingers stilled, curling against the light...
Learn More
Facebook
Twitter

Do you have a specific question for me? Use this form!